If you enquire after the rising stars in film composition on the Hollywood scene, you will inevitably encounter the name of Alexandre Desplat. With a well-grounded background in film composition, extensive experience and an evident personal style, this French composer, after having composed the music for over 50 European films, began his triumphant success around the world in 2003 with the wonderful neo-classical and haunting score of GIRL WITH A PEARL EARRING and the Silver Bear-winning score for THE BEAT THAT MY HEART SKIPPED(2005). With a gift for rich, cinematic melody, his varying and sensitive orchestral style, his ear for rhythmic precision and his keen sense for dramatic nuances has been enriching the world of film music across the globe. He has made award-winning scores for such films as THE PAINTED VEIL, THE QUEEN, BIRTH and THE CURIOUS CASE OF BENJAMIN BUTTON. Using excerpts of the diverse films he has worked on, this prolific composer will discuss the ways of introducing the mood of a film through the opening music, the timing of a score and heightening of suspense moments within a scene. He will elaborate on the music in historical films or those made on foreign ground, and his approach to composing a score at a time when scores are increasingly being written before the film is edited. He will also talk about his close collaboration with various film directors and the differences in the production of European and US American films.
Peter Cowie 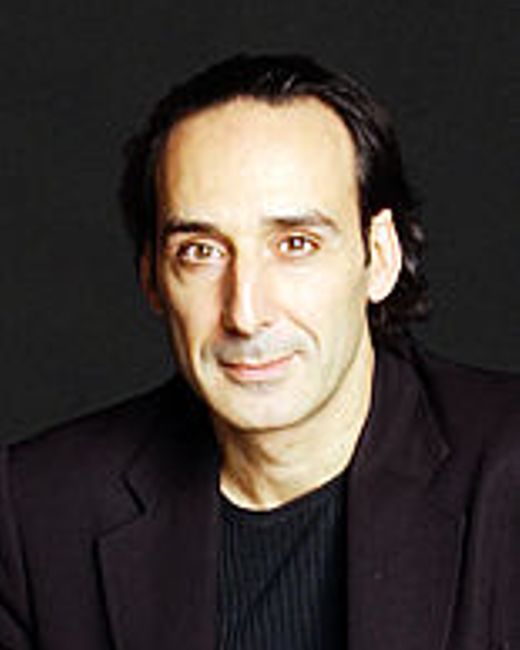 Two-time Oscar®-nominated and Golden Globe Award-winning French film composer. He has composed for films such as GIRL WITH THE PEARL EARRING, BIRTH, and SYRIANA. He won the Best Film Score of the Year for THE CURIOUS CASE OF BENJAMIN BUTTON at the World Soundtrack Academy Awards in 2009. In 2005 he won a Silver Bear for the Best Score for his composition for DE BATTRE MON COEUR S’EST ARRÊTÉ. His recent scores include CHERIE, COCO AVANT CHANEL, FANTASTIC MR.FOX and THE THREE OF LIFE, LARGO WINCH, and THE GHOST WRITER was screened in competition at the Berlinale in 2010.