In cooperation with Robert Bosch Stiftung.

Every once in a while, we come across a significant historical and socio-political film that influences our historical consciousness and shapes our perceptions of past events. Many people learn what they know of history – and this includes the political, economic and ideological situation of that time – through watching such films. It is like opening a historical document that enacts itself right before your eyes. The discussion among filmmakers dealing with events that might rather be forgotten is an effect interesting in itself.

For example, it was Bosnian director, Jasmila Zbanic’s Grbavica – winner of the 2006 Berlinale Golden Bear for her portrayal of the aftermath of the Balkan war – that gave impetus to a campaign forcing the government to finally recognise victims of ethnic rape as war victims. For the most part, people preferred not to think that these women existed. At the same time, when cinema displays fixation for a specific topic, it is clearly responding to the sociopolitical and cultural context in which it finds itself.

Thus, views portrayed in movies not only reflect the influence of social surroundings, they also draw on the audiences’ ambivalences. As outstanding Chilean documentary filmmaker Patricio Guzmán emphasised after his film The Pinochet Case: "Memory matters. The historical memory of a nation shapes its expectations. It may be terribly painful to speak of terrors and tragedies of the past. But the truth inspires hope.” Over the years, Guzmán has made a number of political documentaries such as Salvador Allende, Obstinate Memory and The Battle of Chile that mark the turning point in people’s contemplation of historical events. Based on these eloquent and daring explorations of revolution and repression, the discussion will focus on how films shape and change audience perception of times gone by.
Patricio Guzmán
Patricio Guzmán

Award-winning Chilean documentary filmmaker, his film portfolio includes THE BATTLE OF CHILE, IN THE NAME OF GOD, THE PINOCHET CASE, SALVADOR ALLENDE and MY JULES VERNE. He teaches documentary film in Europe and Latin America, and is the founder and director of the International Documentary Festival of Santiago (FIDOCS). 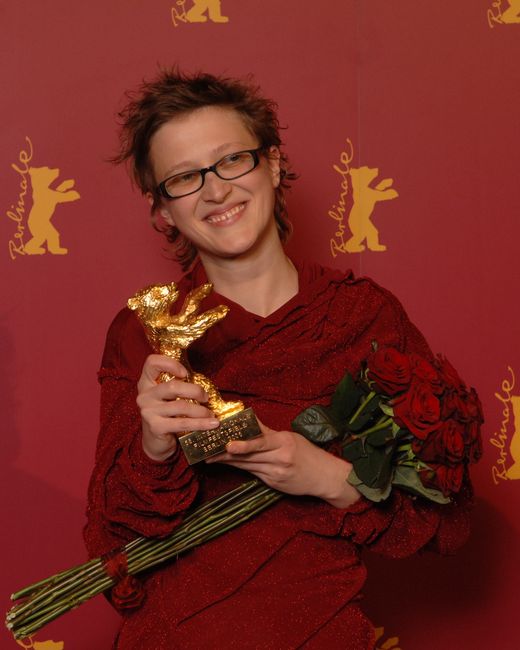 Bosnian screenwriter, artist and director, she won the 2006 Golden Bear for GRBAVICA. In 1997 she founded the artists association Deblokada, through which she has directed and produced her films. Her film ON THE PATH was presented in the Berlinale Competition 2010 and distributed worldwide.