Non-fiction cinematographer Kirsten Johnson has taken us into the nightmarish depths of the Snowden affair (Citizenfour) or closer to the fate of death row prisoners in the US (Deadline). Yet in more recent first-person films like Cameraperson her gaze turns closer to home, in fact within it, to offer a self-portrait that depicted effects of war in Yemen or Kabul, alongside the devastating impact of Alzheimer's on her beloved mother. In her latest film, Dick Johnson is Dead, the camera is devoted to her father, whose very real dementia inspires Kirsten to stage his multiple fake deaths and funeral. Clearly, reality is not always what it seems with Kirsten and in this very special session, our this year's Camera Studio mentor walks us through the detailed dreams that surface in the depths of her documentarian mind to produce that rare blend of intelligence and empathy that characterises her work.
Kirsten Johnson 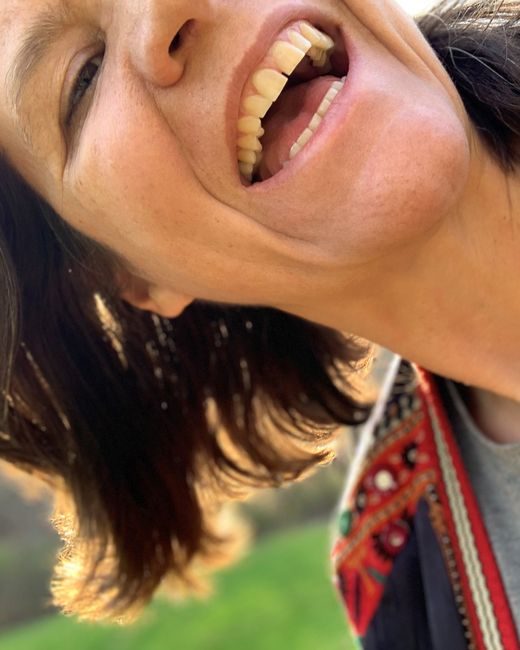 Kirsten Johnson’s “Dick Johnson is dead” premiered at 2020's Sundance and won the Jury Prize for Innovation in Nonfiction Storytelling. Since then, it has also won Best Documentary and Best Director for the Critic’s Choice Award and Best Editing and Best Writing from the International Documentary Association, as well as being included on dozens of top films of 2020 lists and the Oscar shortlist. Her previous film, “Cameraperson”, named New York Times ‘Top Ten Films of 2016’ was also shortlisted for the Academy Award. Her short, “The Above” was nominated for the International Documentary Association’s ‘Best Short Award’ for 2016. Her camerawork appears in Academy Award winner “Citizen Four”, Academy nominated “The invisible War”, and Cannes Winner “Fahrenheit 9/11”. She is one of the only 4% of women members of American Society of Cinematographers.

Florian Weghorn is the Programme Manager of Berlinale Talents. Together with Christine Tröstrum, he heads the initiative and advises its seven international offshoots and the alumni network. He holds an MA in Theatre, Film and Television Studies from the University of Cologne. He joined Berlinale Generation in 2002, serving as co-director and curator from 2008 to 2014. Between 2012 and 2019, Florian was also a member of the Berlinale Competition selection committee. He has written and edited several publications on film and youth culture.